Saturday was the 18th Annual Inspiration Point Quilt Auction, and my very first auction. It was a good time. A lot of money was raised for camp, I saw a lot of familiar faces, hung out with some friends who came to help, and even learned the names of a few quilting patterns. After seeing my first auction, I feel a lot better and am a lot more excited for next year's event. My friend, Sara, who is the media coordinator at camp was there and took some great pics. Since I don't often include pictures (which is because my camera's broken, in case you're wondering), I thought I'd treat you all. Enjoy! 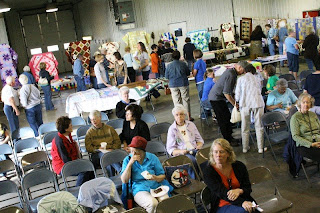 Waiting for the auction to begin 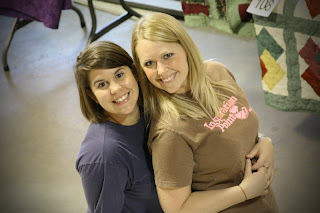 Tara and I took a little break from folding, unfolding, and throwing quilts on display racks to pie out for the camera. 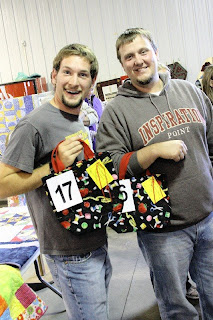 These boys were such good sports. Whatever we gave them to display, they did, and with great big smiles. Actually, they kind of make this look work. 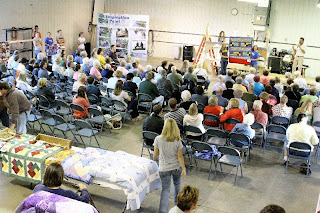 Auction in action. "Five, five, can I get a ten? Anybody at ten?"
Boy, I learn quick. 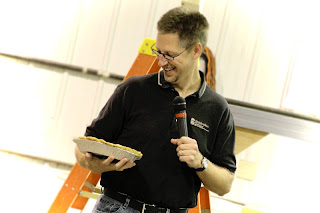 Greg made (his first ever) apple pie to give to someone who came, and she donated it to be auctioned. The pie raised over $1,300, and I think Greg thinks he's now quite the baker. 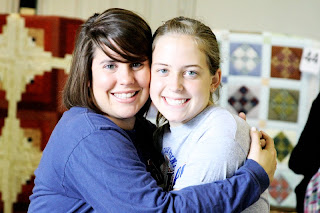 Me and "E". That's not blog-speak, that's actually what I call her. E is Greg and Janet's daughter, and getting to know her and hang out with her has become one of the things I love most about living in Fergus Falls.

My first auction was quite the success. I'm looking forward to my next.

can we be added to your blog list!! hope you feel better soon!